The IATA code for Boryspil International Airport is KBP (useful to know when booking a flight online).

At the time of writing (January 2017) all international flights landing at Boryspil arrive at Terminal D. It opened in 2012 and is an excellent terminal with extensive and modern facilities.

Terminal F opened in 2010 and but had a short and undistinguished life as a passenger terminal. In October 2013 all passenger flights were transferred to other terminals. It now serves as a cargo terminal.

Direct flights to a good number of Ukrainian and international destinations are offered from Boryspil International Airport.

Boryspil International Airport is currently served by 29 airlines. They offer flights to 141 destinations

Once in the terminal you can move freely between levels.

Level 3 offers comprehensive facilities. After passing through security at the entrance you’ll find the luggage wrapping services (highly recommended – see Security section below). Along with the check-in desks, other landside facilities include airline offices, cafes, and a shop.

After checking your bags in you proceed through security and then passport control. The process is efficient and fairly relaxed.

Airside facilities are impressive. There are two main restaurants (Spirito di Italiano and Gourmet Kitchen & Bar), coffee shops, plenty of smoking rooms, a children’s play area, and toilets. Complimentary wireless internet access is available and there are plenty of places where you can charge your mobile phone or other electronic devices free of charge.

Taxis used to be a complete nightmare at Boryspil. In the days when Terminal B was the main international terminal, arriving passengers would be greeted (and harassed) by hundreds of unofficial taxi drivers. The rates offered were frankly exorbitant and haggling was essential.

Regulated taxis now operate from the airport. Go to the Official Taxi desk in Arrivals and provide the staff with the address of your destination. You’ll be given an approximate fare before you travel. At the time of writing (January 2017) the fare to the city centre was around 380 UAH.

There is currently no rail link to the airport.

There is no Metro station at the airport. Don’t be confused into thinking Boryspilska Metro Station is nearby. It’s over 10 miles away.

Driving in Ukraine isn’t for the faint hearted. If you need to hire a car at the airport you’ll find vehicle rental companies in the Arrivals area (Sixt, Europcar, BLS, United etc.).

The cheapest way to get to and from the airport is to catch the Sky Bus. It terminates at Kiev Train Station (Southern Station side) in the city centre and stops at Kharkivska Metro Station (Green Line) on the way. Please note that on the official Borypsil International Airport website, Kiev Train Station is referred to as Pivdenny Railway Station (don’t get confused as it is the same place).

The complete journey takes just under an hour and costs 80 UAH to Kiev Train Station or 50 UAH to Kharkivska Metro Station (prices in January 2017). Buses operate round the clock with departures every 15 minutes or so during the day (roughly every 30 minutes at night) from Terminals D (just outside Arrivals). Tickets can be purchased from the driver or from the ticket office in the Arrivals area.

Although the Sky Bus offers the cheapest way to get into Kiev city centre, we wouldn’t recommend it for first time travellers to Kiev.

Kiev Train Station isn’t really near any of the major hotels, so it’s likely you’ll have to hop on the Metro at the adjacent Vokzalna Metro Station (Red Line) or catch a taxi. Both options present problems.

The Metro isn’t particularly great for passengers with luggage as there are no lifts (just escalators).

Taxi drivers at the train station tend to try and charge more than the going rate.

In our opinion the extra hassle just isn’t worth the money saved. Get an official taxi from the airport.

Valuables in suitcases used to have a tendency to go missing once passed into the hands of the staff at Boryspil International Airport. The editor of this website has personal experience of items of great personal importance being stolen from his luggage.

Major discrepancies have been recorded between thefts reported to airlines and those registered by police. In 2007 airlines reported 11,000 luggage thefts, while police registered just under 600 offences. Criminal proceedings were opened in only 9 cases.

Anecdotal evidence suggests that the situation has now been addressed. We, nor anybody we know personally, has experienced any problems with baggage theft in recent years.

Nevertheless, exercising a little caution by placing any items of value in hand luggage doesn’t do any harm.

Baggage wrapping services are in the departure areas of Terminal D. For a small fee (70 UAH – January 2017) you can get your suitcase wrapped with multiple layers of cellophane and secured with thick plastic straps. The service is very popular. Even if thefts are no longer par for the course, the wrapping provides excellent protection for your luggage. 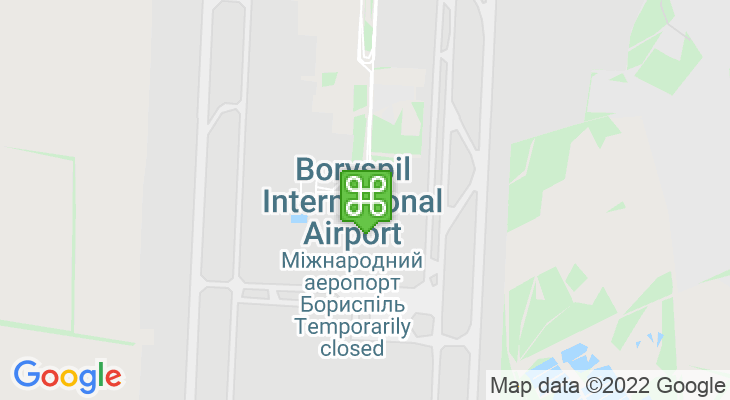 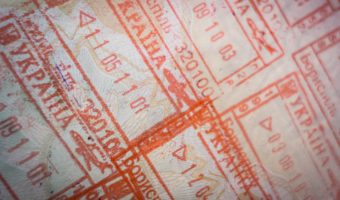 Find out whether you need a visa to visit Ukraine and how long you can stay for. 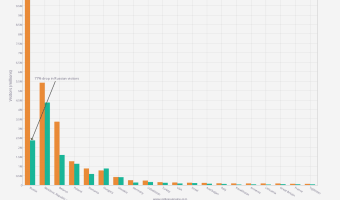 Find out how many people travel to Ukraine, where they come from, and why they visit.

Visit Kiev Ukraine
We use cookies to ensure that we give you the best experience on our website. If you continue to use this site we will assume that you are happy with it.OkRead more