City Garden is a park in Kiev city centre. It lies on the western side of the Dnieper River, between Khreshchatyk Park and Mariinsky Park.

One of the best ways to access the park is to cross Lovers Bridge, a pedestrian bridge linking Khreshchatyk Park and City Garden.

Lovers Bridge was originally built in 1912. The current structure is actually a 1983 reconstruction. It runs over Petrivska Alley (Peter’s Alley) and is one of Kiev’s most romantic spots. It’s a local tradition for lovers to attach padlocks to the railings and throw away the key.

Walking along the path from the bridge you’ll see the Valeriy Lobanovskyi Dynamo Stadium on the right. This is the home ground of FC Dynamo Kyiv, the city’s major professional football club. The D*Lux nightclub is also here.

After passing the stadium you’ll come to an area popular with inline skaters. Just south of this there’s an open air theatre that’s often used by local dance groups.

City Garden can be accessed from either of the adjacent parks; Khreshchatyk Park and Mariinsky Park. It can also be reached from entrances on Hrushevsky Street.

There is no charge to enter the park.

Taking a walk through the parks running along the western bank of the Dnieper River is a great way to spend a sunny day. From north to south the parks are Khreshchatyk Park, City Garden, Mariinsky Park, Askold’s Grave Park, Slavy Park (Park of Glory), Pechersk Landscape Park, and the National Botanical Garden. 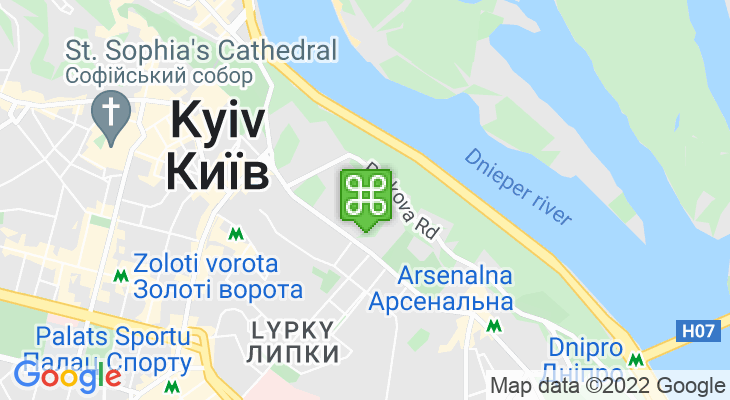 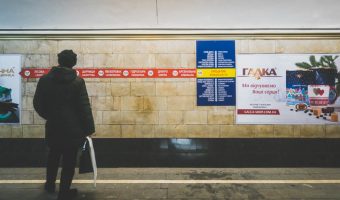